SMU paleontology grad named one of the AAAS IF/THEN ambassadors

The ambassadors are encouraged to share their stories of being women innovators, in hopes it inspires the next generation of women to get into science, technology, engineering and math [STEM] Myria Perez ’18 and Louis Jacobs
DALLAS (SMU) – SMU (Southern Methodist University) graduate Myria Perez ’18 was one of 125 women innovators across the country who was selected to be an AAAS IF/THEN ambassador.

Their mission? To share their stories and serve as high-profile role models for girls, in hopes it leads to a new generation of women getting into science, technology, engineering and math [STEM].
“We firmly believe that if we support a woman in STEM, then she can change the world,” Lyda Hill, the founder of Lyda Hill Philanthropies, said in a statement. “The goal of IF/THEN is to shift the way our country — and the world — think about women in STEM and this requires changing the narratives about women STEM professionals and improving their visibility.”
Perez, who is now a fossil preparator at the Perot Museum, worked with paleontologist Louis Jacobs and others to unearth never-before-seen fossils from Angola. Those fossils are currently on display at Smithsonian’s National Museum of Natural History.
Learn more about Perez in this video, Myria Perez: Portrait of a Paleontologist. You can also read about the award she won in The Dallas Morning News article.

About SMU
SMU is the nationally ranked global research university in the dynamic city of Dallas. SMU’s alumni, faculty and nearly 12,000 students in seven degree-granting schools demonstrate an entrepreneurial spirit as they lead change in their professions, communities and the world.

Popular posts from this blog 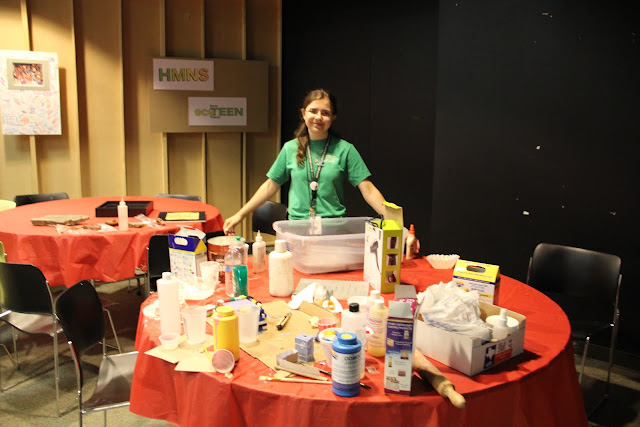 CASTING & MOLDING
A cast is essentially a copy of a bone.Sometimes it is called a replica.The advantages of a cast are that it is lighter and stronger than real bone.  It retains all of the external details of the original specimens.


Now the other side needs to be molded.  The first part that was molded is now placed on the bottom and the walls are built with building blocks to be high enough to cover the fossil and have some additional room.  Note that there is a bit of clay on the side in order to leave a hole to be able to fill the space that was the fossil to make the cast! 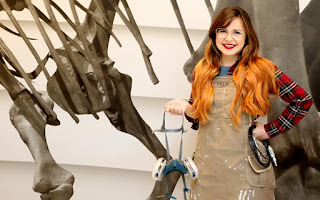 
125 Sculptures, All of Women in STEM, Coming to Dallas

SMU paleontology grad named one of the AAAS IF/THEN ambassadors

From Field to Museum: How Dinosaur Fossils are Prepared


Ever Wonder how Exhibits are Made? Here's Your Answer. 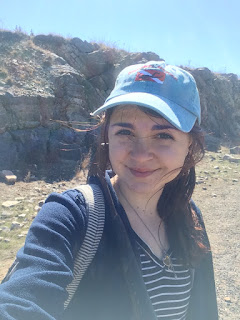